In this recurring section “Drijfveren”, scientists explain what motivates them to develop animal-free alternatives. This time it is up to Tess Afanasyeva, a Ph.D. candidate at the Radboudumc. Her research project focuses on retinal organoids and the development of personalized treatments for an incurable blinding disease called Leber congenital amaurosis. 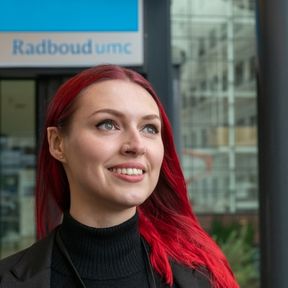 Can you explain your research project?

“I study a rare blinding disease called Leber congenital amaurosis (LCA). This hereditary disease affects children who lose their vision early in life, and there is no treatment available. I try to tackle the challenge of developing a treatment for LCA without using animal experimentation, with a technique called retinal organoids.

To create the retinal organoids, we take a skin sample of a person, transform it into a stem cell-like culture in a dish, and grow it for several months until it becomes a mini-organ, for example, an eye. This eye has the same genetic code as the person, and with that, the symptoms of the disease. I hope, in the future, to use this fascinating technique to develop personalized genetic and pharmaceutical treatments for previously incurable blinding diseases like LCA.

An example of an existing treatment is eye injections that previously would have been tested on animals. Many types of animals are used in eye research, for example, rats, dogs, pigs, and non-human primates. Each of these animal models has its own drawbacks when used in eye research.

Next to the ethical aspects, a downside of using mice in eye research is that the eyes of mice and humans are different. Night-preferring mice have evolved to have night-sensitive eyes. This night sensitivity can also be seen on an anatomic level because mice have more rods in their eyes that are sensitive to dim light. Contrary, humans have more cones in their eyes that allow for colour recognition and bright light sensitivity. That is why I want to work with human-oriented research models, that translate better to the human situation.”

Next to the ethical aspects, a downside of using mice in eye research is that the eyes of mice and humans are different. Night-preferring mice have evolved to have night-sensitive eyes.

Can you tell us a bit more about what motivates you?

Since the beginning of my scientific career, I wanted to be at the forefront of science where new technologies were developed. I got fascinated with adult stem cells and their potential to cure disease and improve human wellbeing. My interest in adult stem cells and organoids led me to move from Germany to the Netherlands, so I could get hands-on laboratory experience working with these models.

In the pre-Victorian era, animals were believed to be moving robots that cannot feel pain. But we have come a long way since then, in recognizing pain in other animal species. For example, even species that do not have pain receptors, such as octopodes, retract away from a needle prick in a pain-like reaction to stimuli.

Since human beings better understand the pain in other species, we are becoming more careful with how we use them in labour, food, and experiments. I am certified to work with mice and rats in the laboratory. A large part of my training included how to recognize signs of distress in small animals and how to handle them with the utmost care. But during my PhD I was also trained to perform eye injections on mice, and the mice would be sacrificed (in a humane way) at the end of the experiment. I also used to have pet rats a couple of years ago, one white rat, and albino twins: their names were Shiro, Dante, and Deus. They were curious, affectionate, and had tremendous personalities. I miss them and I feel that as long as it is in my power to take the first small steps toward animal-free research in my field, I have a moral requirement to do so.

In the pre-Victorian era, animals were believed to be moving robots that cannot feel pain. But we have come a long way since then in recognizing pain in other species. 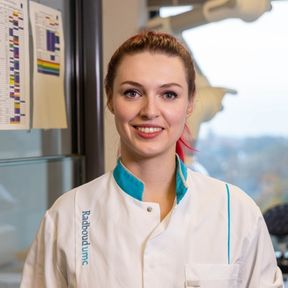 My dream for animal-free innovation in the future

The last 20 years saw tremendous progress in the development of non-animal disease models. In 2006, the Nobel prize-winning work by researchers Takahashi and Yamanaka showed that it was possible to chemically modify adult skin cells into stem cells-like cells. This discovery inspired many scientists to create stem cell-derived human organs such as intestines, brains, and, of course, eyes.

I would like to think that in the future – and if I am lucky during my lifetime – this type of research will eliminate human inherited blinding diseases, and, equally important, that treatment becomes cheap and accessible for everyone. 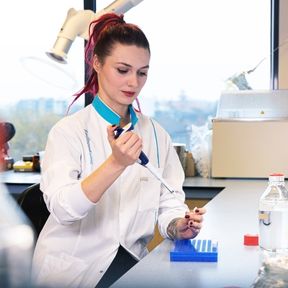 Tess inspires us, and more importantly, others. She proves that animal-free science has the future. Thank you, Tess, for taking the time to answer our questions! We wish you all the best with your wonderful work and together we can increase our impact on a world without animal testing.

Curious about the motivations of other researchers?

Do you want to read more? 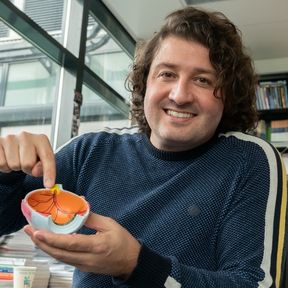 Sign up now for our newsletter and stay informed.